Raising awareness of the SDG16+ agenda

Raising awareness of SDG16+ is essential in order to promote understanding among stakeholders and mobilize action to advance peaceful, just and inclusive societies

Creating awareness of SDG16+ – and the rest of the SDGs – is essential for SDG16+ implementation. It will be much more difficult for you to influence people’s attitudes, behaviors and beliefs towards peaceful, just and inclusive societies without their knowledge of the existence and importance of the SDG16+ agenda. Awareness of SDG16+ is thus a critical first step in order to mobilize action from individual stakeholders. It is also key in helping to mobilize the power of public opinion, which can, in turn, influence the will of political decision-makers to take action to achieve greater peace, justice and inclusion.

Raising awareness of SDG16+ is also necessary to create an enabling environment for accountability. Citizens cannot hold their governments accountable for their commitments if they do not know that such commitments exist. Creating awareness of SDG16+ and promoting opportunities to engage in SDG accountability processes – especially at the local level – can help to encourage people’s participation and inclusion in SDG16+ follow-up and review, especially marginalized and vulnerable groups.

Regrettably, the level of awareness of the SDGs – and SDG 16 in particular – remains low, especially at grassroots and community levels 1. There is thus a need to step up awareness-raising activities in the next phase of implementation, especially among younger generations. 2 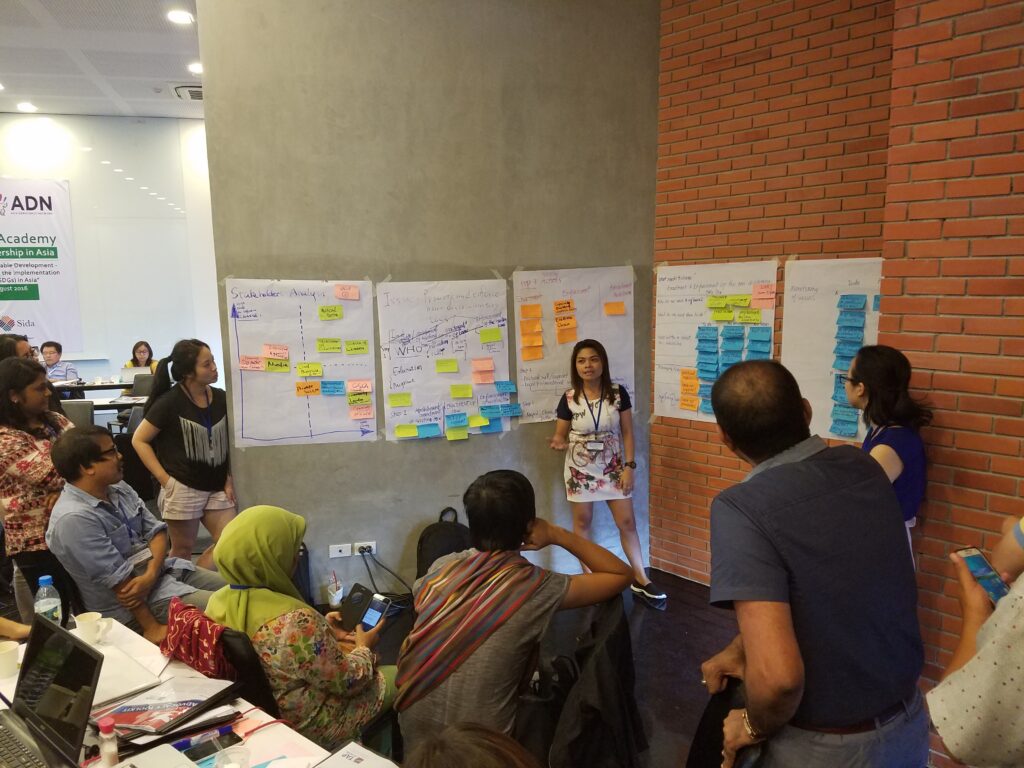 The 100 Days Campaign of Government Accountability was launched by the Palestinian Consultative Staff for Developing NGOs (PCS) in cooperation with the Independent Commission for Human Rights (ICHR), Palestinian NGOs, AMAN Transparency Palestine, Palestinian National Institute for NGOs and with the participation of collation of 84 civil society organizations of all national and grassroots levels in West Bank, Gaza and Jerusalem. The objective was to close the gap between the Palestinian civil society community and the government to encourage active participation and increased partnership in community affairs and the management of public resources.

The work was conducted in the following phases:

After the first 100 days, the campaign clearly showed that it had begun to create an institutionalized relationship of sustainable community accountability between civil society and the government. Over the campaign period, government engagement with the campaign elicited varied attitudes and reactions. Mistrust was expressed by several officials but overall, the campaign ended with relatively positive cooperation with some ministries, while also being ignored by others. The Prime Minister’s office showed openness to the campaign throughout its entirety.

Key Takeaways: There is a need to increase government’s openness to civil society, to allow for actual participation and partnership at all levels.

This toolkit provides civil society and other non-governmental stakeholders with guidance on how to engage with their governments and other local, regional or international stakeholders to support the planning, implementation, follow-up and accountability of SDG 16. It includes a short section on preparing a gap analysis. Available at: 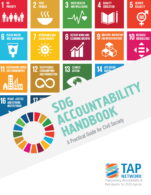 SDGs in Your Municipality: 50 Practical Awareness Raising Examples (The Association of Flemish Cities and Municipalities (VVSG), 2018)

This resource provides 50 practical examples to introduce the SDGs – including SDG 16 – to a wider audience within your municipality. The awareness-raising examples are wide-ranging but provide a low-threshold and often fun approach to introducing people to the SDGs.

Preparing for Action “National Briefing Package: The 2030 Agenda and SDGs” (UNITAR and UNDG, 2015)

This integrated toolkit is designed to support national facilitators in planning and delivering briefings on the 2030 Agenda at the country level. It contains a briefing package for use by national governments (and other stakeholders) and can be easily adapted to each national context. Available in English, French, Spanish and Russian.

This guide assists UN country teams to help Member States adapt the global SDGs to national contexts. Specific implementation steps, practical tools and case examples from developed and developing countries are provided. It includes a detailed section on ‘Building Awareness’ as well as a short section on ‘Awareness Raising and Multi-stakeholder Engagement’ for countries in complex situations. Available in English, Spanish and French.

This campaign provides information and resources – including tools, guides, artwork, designs and mixed media content – that can be used to raise awareness of the SDGs.