A Supreme Audit Institution (SAI) is an independent, national oversight body whose mandate is to “watch” over government accounts, operations and performance.1 An important part of the national accountability architecture, SAIs are largely responsible for auditing a government’s revenue and spending, helping to increase transparency and ensure the efficient and effective use of public funds by government bodies. Many SAIs support parliaments in their oversight of government budgets and spending. Some play an even larger role in accountability – including some with judicial authority – by ensuring that government programs are in compliance with laws and regulations, or even undertaking performance assessments to determine the effectiveness of a government’s activities.2

While structures, mandates and reporting relationships of different SAIs vary, they all can play a critical role in SDG16+ implementation and accountability. As independent oversight bodies, SAIs are central to strengthening and developing effective, accountable and transparent government institutions (SDG target 16.6). In auditing public expenditure and government accounts, SAIs promote transparency in the use of public funds and can help to combat corruption in the public sector (SDG target 16.5).3 SAIs can also act as models of transparency and proper financial management in their own operations, helping to foster good governance and accountability in line with the overarching principles of SDG16+.

In addition to providing oversight of a national government’s budget allocations and expenditures for SDG16+ implementation, SAIs can assess the preparedness of national governments to implement the SDGs and undertake performance audits of progress on SDG implementation.4 Under the  Development Initiative’s work on ‘Auditing the SDGs,’ over 70 SAIs have already conducted performance audits of governments’ preparedness to implement the SDGs.5 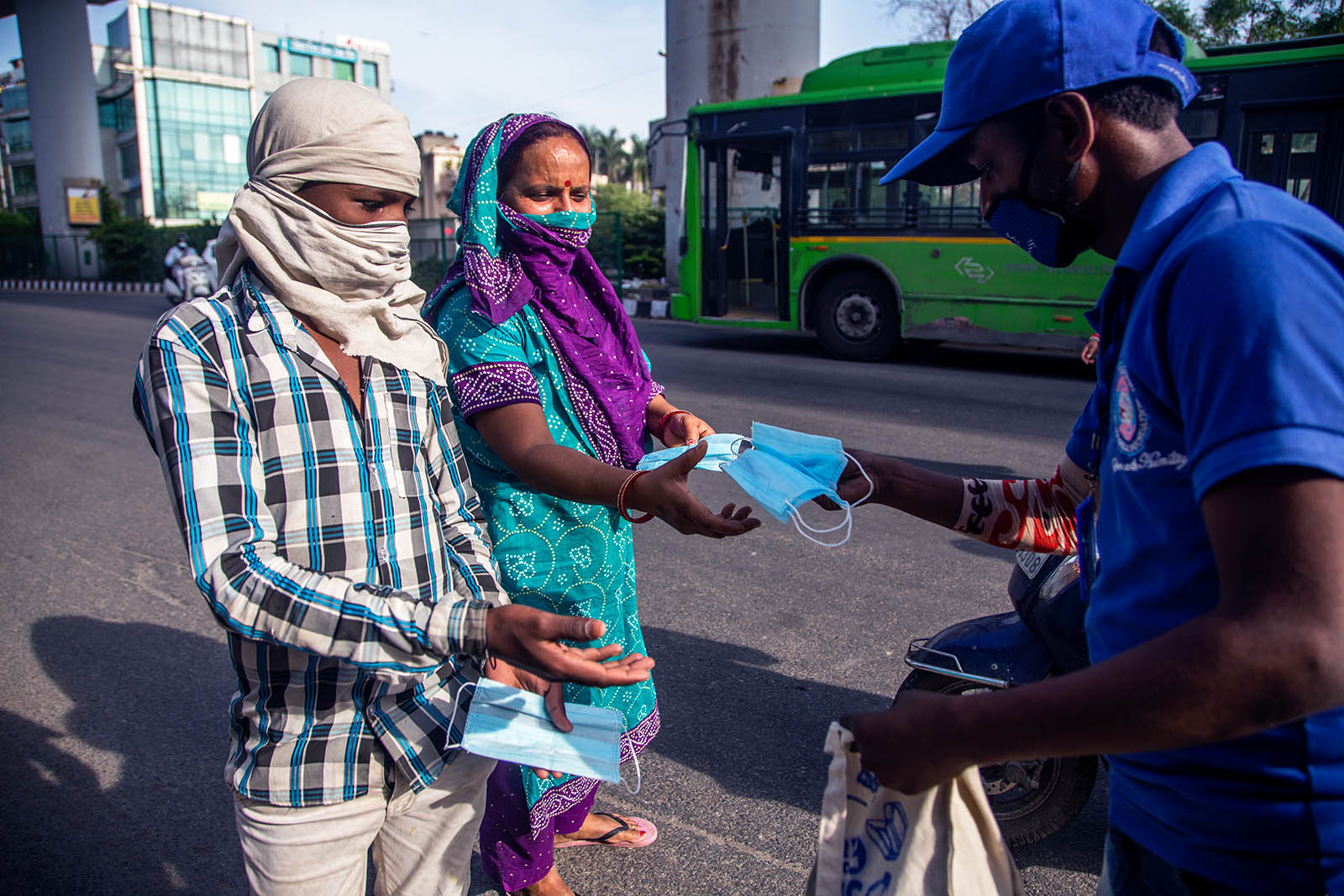 Traditionally, SAIs have had limited interaction with stakeholders such as civil society. However, in recent years, SAIs have started to deepen their engagement with citizens in order to increase the effectiveness and scope of their auditing practices.6  Given their mandates to “watch” over government accounts, operations and performance, there is considerable potential for SAIs and civil society to work together in order to promote and support accountability for the SDGs, including SDG16+.

Civil society actors can consider engaging with SAIs in the following ways:7 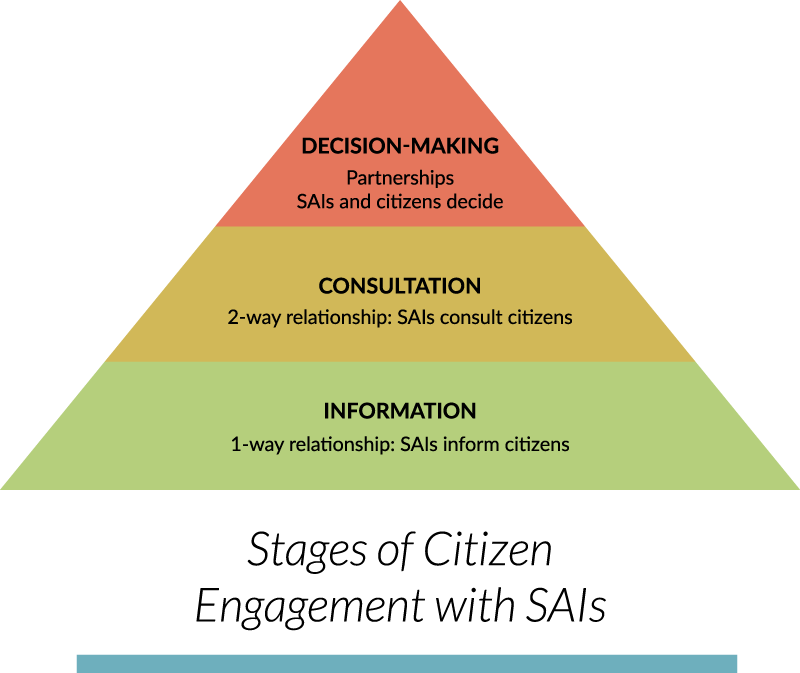 Citizen Participation to Strengthen Oversight in Colombia and South Korea9

Colombia: The Comptroller General of the Republic of Colombia (CGRC) actively promotes citizen participation in the oversight process. Colombia’s SAI developed a guide on joint audits with CSOs and citizens affected by public interventions. The actors provide input throughout the execution of audits: on-site; at meetings and roundtables; or through reports and any other forms of information that can help the SAI improve the audit process. According to Practical Action, CGRC has “worked to develop a civil and fiscal culture among citizens. From 2006 to 2010, it carried out 2,232 outreach activities, benefiting 281,861 citizens.” It has also: “established accessible channels for receiving citizens’ input and incorporating it in the audit process [and] from 2006-2010, the CGRC implemented 120 coordinated audits and created 763 citizen oversight committees. To ensure these mechanisms’ success, it carried out 4,964 training activities, enabling 177,196 citizens to actively participate in the oversight process.”10

South Korea: In South Korea, the Audit Office established a complaint hotline and whistle-blower mechanism through which citizens can report areas of suspected irregularities or corruption and request audits. The hotline collects “reports on unjust handling of petitions by administrative agencies, complaints, and particularly behaviours such as unjustly refusing receipt and handling of petitions on the grounds that they may be later pinpointed by audit and inspection.” The hotlines also receive “reports of corruption and fraud of public officials, including bribery, idleness, embezzlement and the misappropriation of public funds.” This mechanism has been widely disseminated in South Korean society and has a dedicated page on the SAI’s website.11

This resource provides policy guidance, case studies and good practices on advancing SDG 16 implementation at national and subnational levels by more effectively leveraging the Voluntary National Review (VNR) and post-VNR processes. It contains a chapter on ‘The Role of Supreme Audit Institutions and other Oversight Bodies.’ 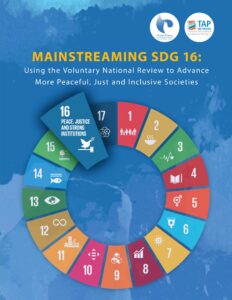 This handbook provides guidance on the different approaches and steps that can be taken by civil society to ensure national government accountability for the SDGs. It includes a chapter on ‘Utilizing Supreme Audit Institutions (SAI).’ Available at: https://sdgaccountability.org/ 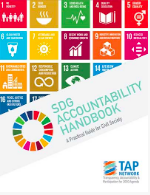 This e-guide platform on citizen engagement with SAIs is aimed at public officials from oversight bodies and representatives from civil society. It offers tools and information to guide and inform SAIs, civil society organizations and the public about the challenges and benefits of engagement, as well as on how to engage.

This report provides an overview of successful examples and innovations in the engagement of citizens by SAIs. It is based on an analysis of the responses of INTOSAI members to a questionnaire, which formed the technical basis for the 21st UN/INTOSAI Symposium, held in 2011.

This report provides an overview of insights, recommendations and the impact of SAI performance audits of preparedness for the implementation of the 2030 Agenda. It also shares SAI experiences, challenges, lessons learned and future plans for auditing the 2030 Agenda.

This pilot version of ISAM aims to provide practical ‘how-to’ guidance to SAIs for conducting audits of SDGs implementation. Key features include an illustration on the elimination of intimate partner violence against women, practical tips, interweaving of SDG principles (coherence, integration, leave no one behind and multi-stakeholder engagement) with an  compliant audit process, ISSAI checklists and a spotlight on audit impact. Available in English, French, Spanish and Arabic.